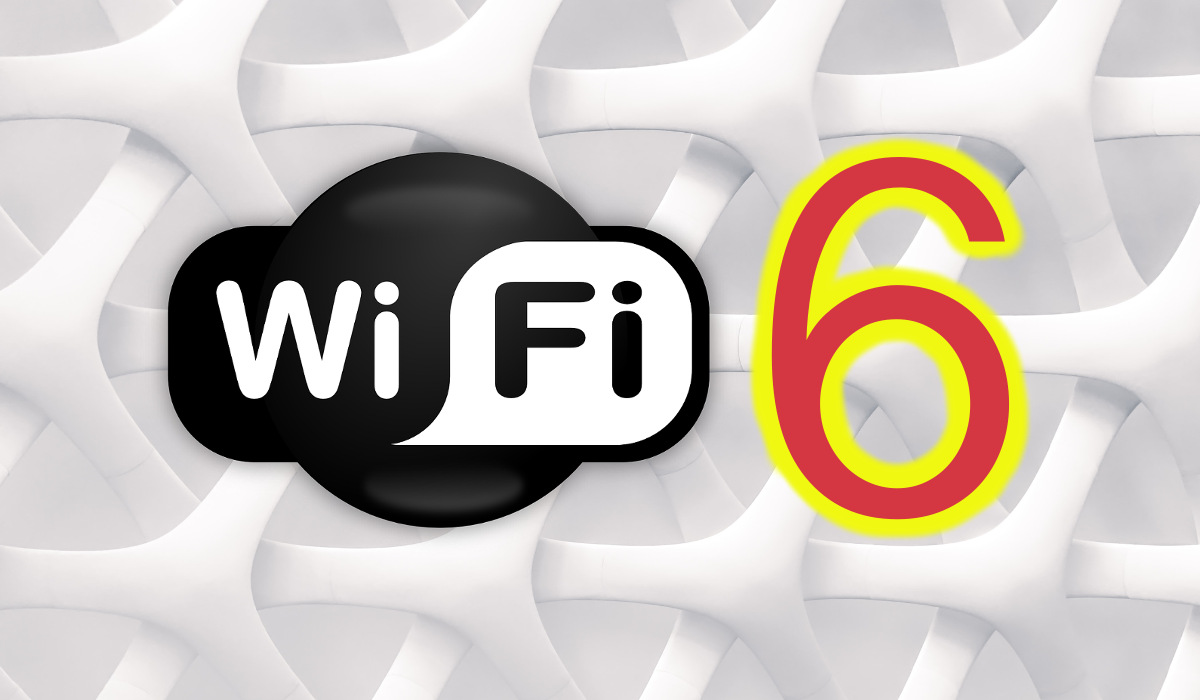 With every new Wi-Fi standard, you see welcome improvements over the previous version in terms of performance. Though, it seems that each one doesn’t quite fully solve the problem of speed. This is mostly because the technology simply can’t keep up with the always-increasing demand. Today we will discuss what is Wi-Fi 6 (802.11ax) and deep dive into a number of key areas.

Currently, every network, whether business or personal, must carry the burden of dozens of Wi-Fi-enabled devices. Think about your largest networks, such as those in airports, stadiums, malls, and hotels. The greatest complaint is the slow wireless speed.

The latest version is Wi-Fi 6 802.11ax, or Wi-Fi 6 for short, which addresses this issue better than any of its predecessors.

802.11ax is the latest standard in ‘next generation’ Wi-Fi technology, and goes by the name of Wi-Fi 6. It connects you to local network services & the public internet the same way as Wi-Fi 5, though it has many additional features and enhancements to make connectivity faster and more efficient.

Other names for Wi-Fi 6 are “AX Wi-Fi” or “802.11ax Wi-Fi.” This latest version improves and builds upon the 802.11ac Wi-Fi standard. Developers originally created Wi-Fi 6 in response to the increasing number of Wi-Fi-enabled devices that connect to any given network. If you own one more of these devices, including a VR device, several smart home devices, or have a lot of devices in your company office or home/office, then you may need a Wi-Fi 6 router.

Wi-Fi 6 is extremely fast, with speeds up to 9.6 Gbps as compared to 3.5 Gbps on Wi-Fi 5. Now, that is the maximum speed, and you’ll likely not see that in operation very often. Regardless, the capability means you’ll get smooth streaming to your devices.

Wi-Fi 6 uses a combination of 1024-QAM and a 160 MHz channel to give you a stronger signal that holds more data. As a result, you have a more efficient stream with faster delivery. What’s more, that 9.6 Gbps doesn’t necessarily go to a single computer or device. The system will split the signal across all devices on the network. That means each device will receive better speed.

Because this upgraded system splits the signal across devices, Wi-Fi 6 has about four times more capacity to handle more devices, making it ideal for business use as well as households that have crowded networks. Wi-Fi 6 features an 8×8 uplink and downlink, along with MU-MIMO, OFDMA (more on this in the next section), and BSS Color.

All these things widen the channel so that it efficiently and flawlessly handles more devices with uninterrupted signal flow. Thanks to the wider channel, your network can accommodate more data without compromising speed and quality.

There are two essential new technologies that speed up the Wi-Fi 6 connections. They are an upgraded version of Multi-User, Multiple Input, Multiple Output (MU-MIMO) and Orthogonal Frequency Division Multiple Access (OFDMA).

While you do get improved speeds with Wi-Fi 6, the goal is improving the overall network so that all the devices on it receive a quality signal. Consider this: When Wi-Fi 5 came out, most households had an average of five Wi-Fi devices. Now, small branch sites or shared home/offices could have up to 50 smart devices.

This is good news for many businesses as branch offices and busy departments did tend to struggle with number of devices vs number or AP’s required.

Those added devices can overburden your network because the router can only communicate with so many smart devices at one time. Too many and the networks slow down.

Wi-Fi 6 mitigates this issue because it enables your router to communicate with more devices at the same time as well as send data to multiple devices through the same broadcast. Both these features work together to maintain strong connections even as more devices are added to the network.

The 802.11ax combines existing wireless techniques in a way that exceeds the performance of the previous standards. It also maintains backwards compatibility with versions 802.11ac and 802.11n.

802.11ax demonstrates a 40 percent increase in pure throughput because of its higher-order QAM modulation. This enables the network to transmit more data per packet. It also utilizes the spectrum more efficiently. For instance, 802.11ax creates broad channels and then splits them into sub-channels, effectively increasing the number of available channels. As a result, endpoints find a clear path to the relative access point.

When it comes to downloads, earlier Wi-Fi standards allowed only one transmission at a time per access point. The Wave 2 version of 802.11ac used MU-MIMO, and access points could send up to four streams at the same time. 802.11ax, however, uses beamforming technology that enables eight simultaneous streams to go straight to the receiver’s antenna. In addition, OFDMA can split each MU-MIMO stream into four additional streams, thus boosting the bandwidth per user fourfold.

With 802.11ac, MU-MIMO is capable of downlink transmissions only. 802.11ax creates MU-MIMO connections, so your network can transmit simultaneously to multiple receivers. With the uplink MU-MIMO, an endpoint can receive from multiple transmitters.

802.11ax can handle up to eight MU-MIMO transmissions at once, which is double what the 802.11ac could do. Finally, 802.11ax has a new technology called “target wake time.” It improves wake and sleep efficiency on your smartphone and other devices. Target wake time significantly improves battery life.

Does Wi-Fi 6 Have Better Range?

While beam-forming does exist on Wi-Fi 5, that standard only supports four antennas. The current Wi-Fi 6 supports eight. Beam-forming extends range by directing the signals to specific recipients rather than in every direction at once. This bumps up the MU-MIMO, which normally doesn’t work as well with fast-moving devices. The result is a noticeable increase in range.

Beam-forming was available on Wi-Fi 4 devices as an option, but it became a necessary feature once MU-MIMO on Wi-Fi 5 Wave 2 was implemented. Naturally, the feature was enhanced for the Wi-Fi 6 rollout.

Wi-Fi 5 and Wi-Fi 6 came out in 2019, so some folks were confused as to the differences between the two versions. Both 5G and Wi-Fi 6 brought faster speeds, a reduction in latency, and increased capacity. They even feature overlapping technology such as MU-MIMO and beamforming. Even with those similarities, 5G and Wi-Fi 6 differ with regards to use and operation.

Wi-Fi 6 is a wireless local area network (WLAN) technology designed to operate in offices, residential homes, high-rise hotels, or other public places where hundreds of devices are accessing the network at once. 5G is a wide-area network (WAN) technology for cellular data, IoT applications, edge computing, and other non-interior connections.

Most networks will be configured under performance tuning, which will steer it away from complete backwards compatibility.

The new Apple iPhone 11, along with the iPhone 11 Pro and Pro Max, all support the new standard Wi-Fi 6. Keep in mind, however, that Wi-Fi 6 only works with your iPhone if it’s connected to a router that supports Wi-Fi 6. For home office or small branch office use, that means upgrading your router if you rely on the Wi-Fi for minimizing your data charges.

If your current devices and router don’t support Wi-Fi 6, you will have to upgrade. Any new generation relies on new hardware as well as software to make it run. Most people won’t overhaul their device catalog, however. As your older devices need replacing, the newer models will have Wi-Fi 6 capability.

The only device you absolutely have to change in order to benefit from this new version is the router. Without it, none of the otherwise compatible devices will work.

More and more aspects of our daily lives involve Smart devices. Even a small home could contain over 50 of them, everything from cell phones to security systems to Smart refrigerators. All these tap into your wireless network. Luckily, we have Wi-Fi 6 802.11ax to help us keep up. This latest version improves upon existing technologies and introduces some new ones to bring us a faster, stronger signal.

We can enjoy a productive, uninterrupted connection for work as well as recreation. Streaming is smoother thanks to the wider channels and stronger signal. You may have to invest in a new router for your home or office, but the benefits will be clear and immediate. This concludes our What Is Wi-Fi 6 802.11ax? article, hope it was helpful.

Please get in touch to discuss your business Wi-Fi requirements for the office or home/office with us in more detail. For a completely free consultation with one of our technology experts to fully go over your precise needs.

You may enjoy some of our other technology articles: 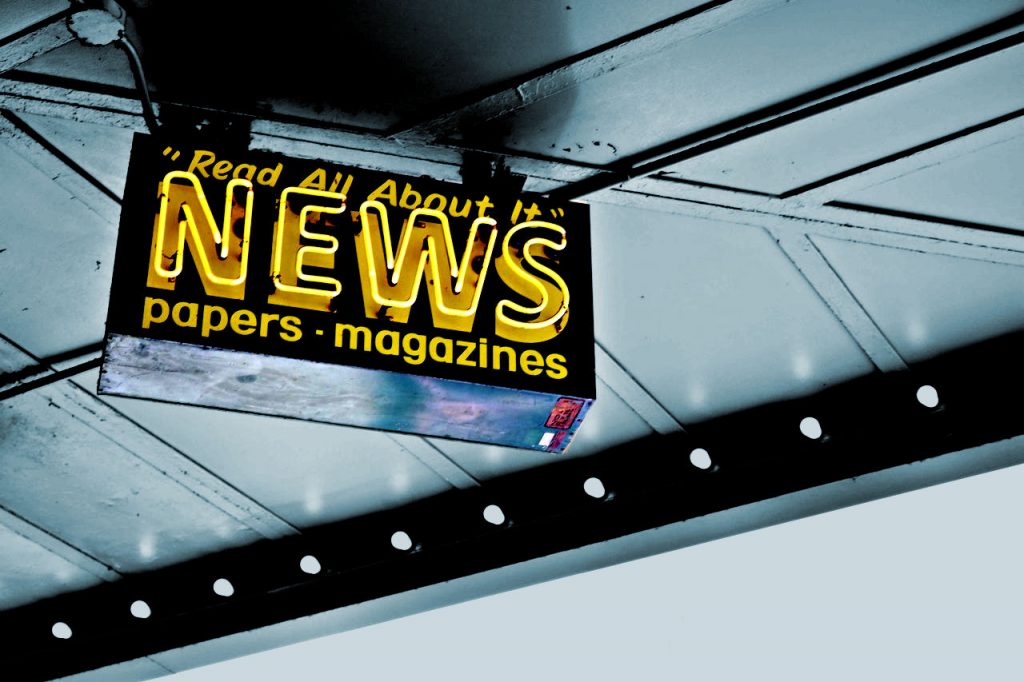 In The News – Securus Speaks To The Business Post

Andrew Radford December 28, 2020
At Securus, we like to think we know a thing or two about SD-WAN (Software Defined Wide Area Networking). After all, the Securus SD-WAN Platform…
Read More 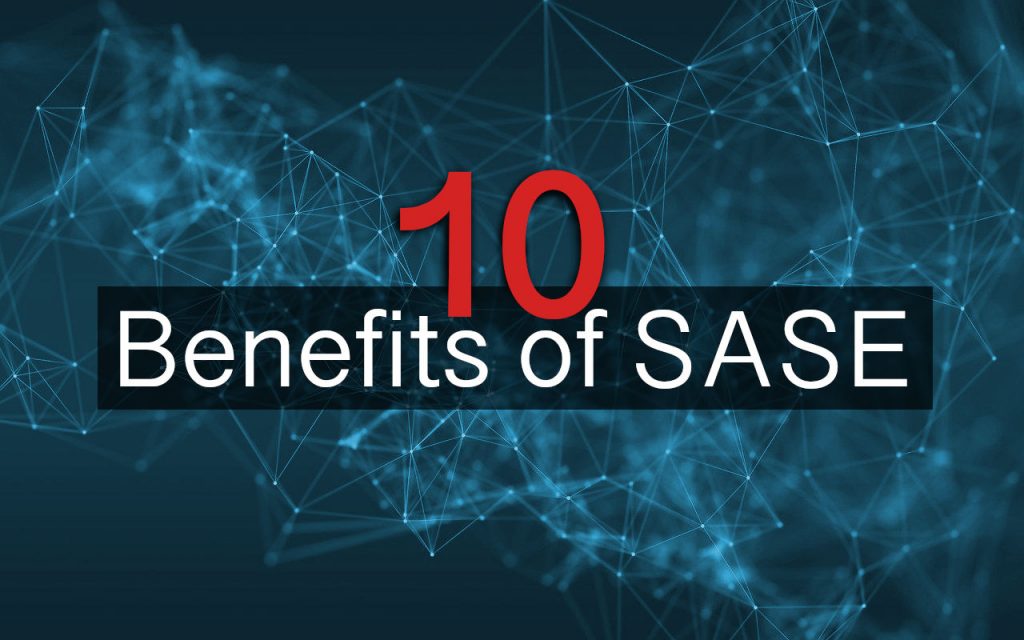 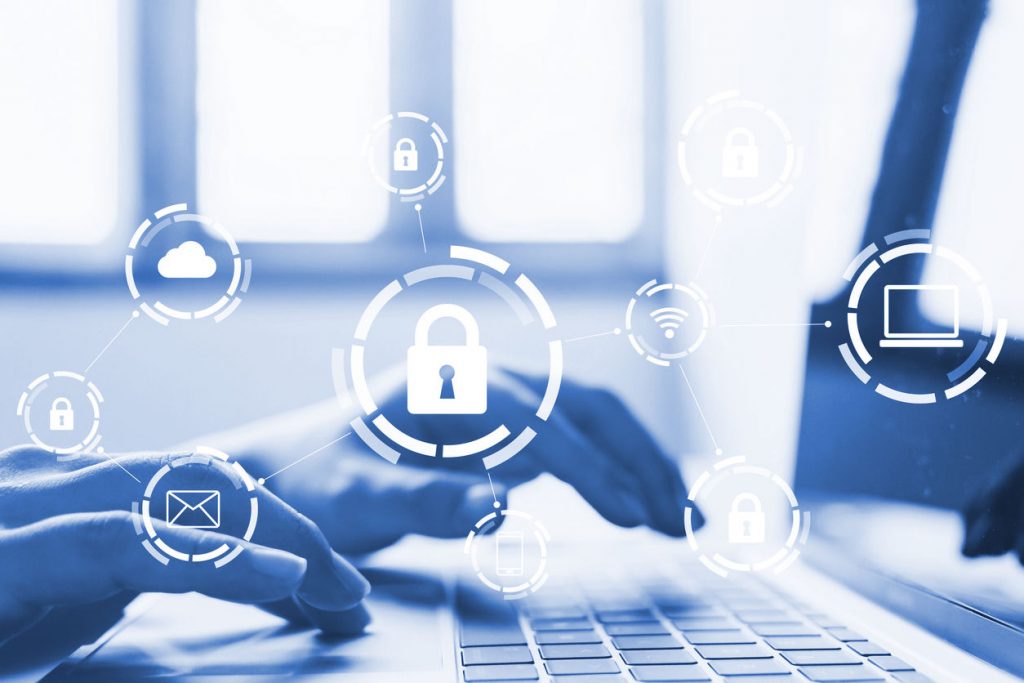 What is SASE? Architecture Overview 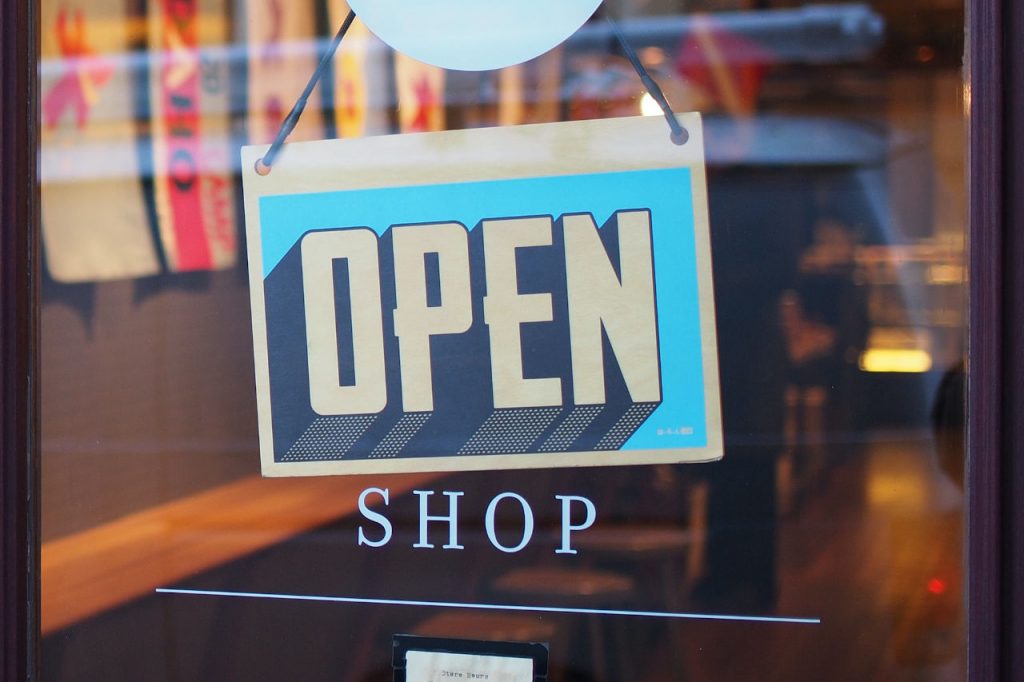 Benefits of SD-WAN for Small Businesses

Andrew Radford October 31, 2020
Many small businesses are migrating to cloud-based applications for real-time business application usage in the office, the storefront and also online. The numerous benefits of SD-WAN…
Read More 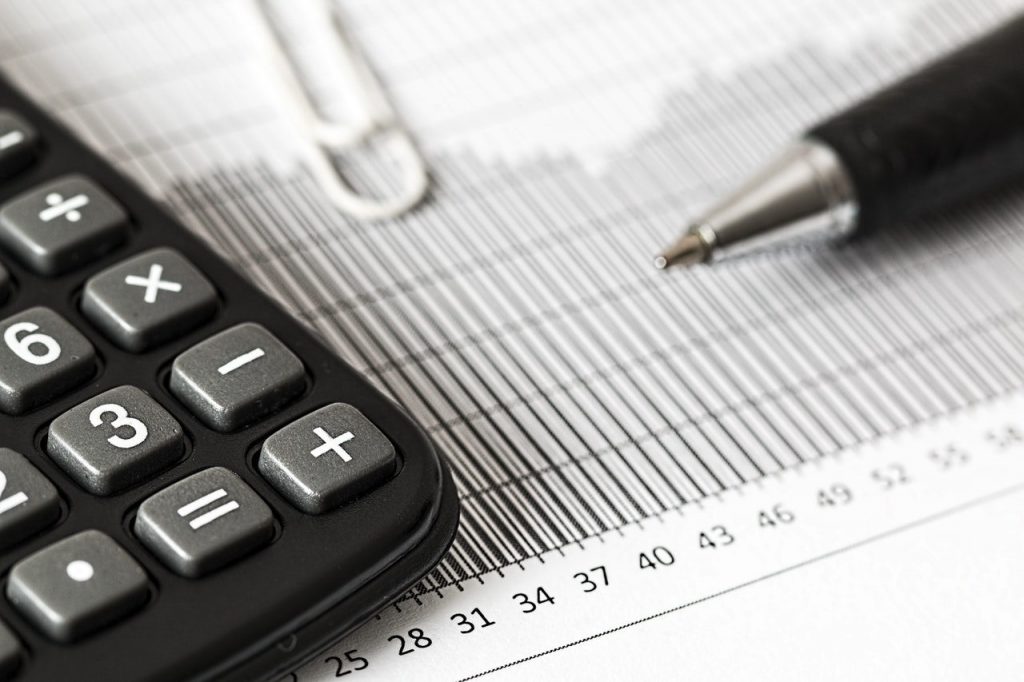 Benefits Of SD-WAN For Accountancy Firms

Andrew Radford October 26, 2020
Like many sectors, accountancy has embraced cloud-based applications to increase efficiency and reduce cost. As these services place additional strain on existing WAN services, a…
Read More 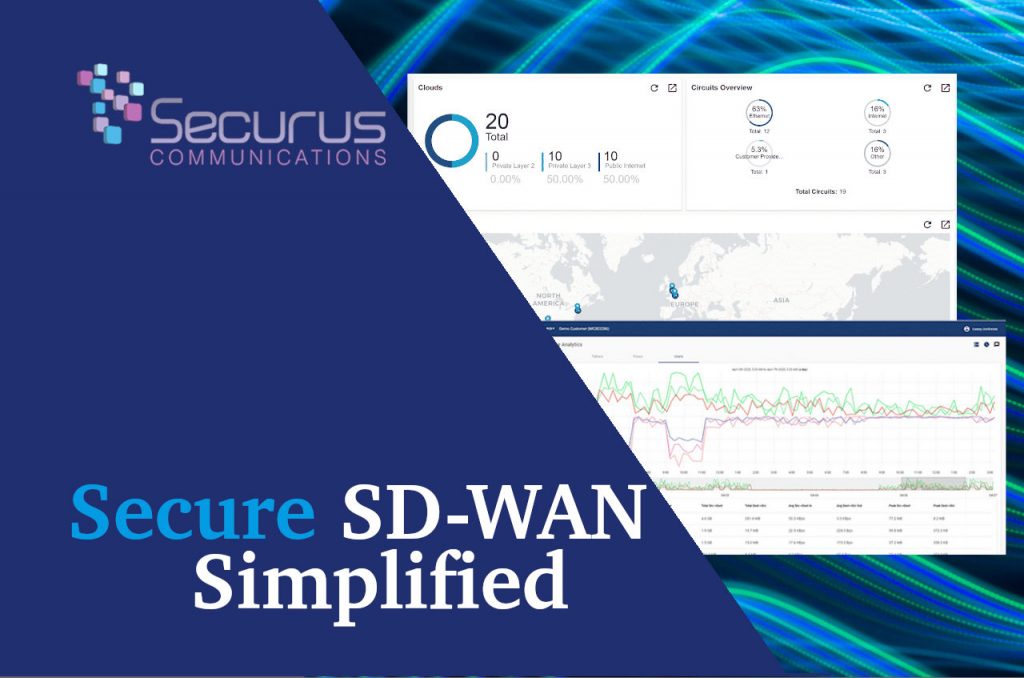 Andrew Radford August 11, 2020
In today’s challenging digital landscape, you should expect more than high performance and agility from your wide area network solution. A secure SD-WAN service is…
Read More